Valtra ploughs a runway without a driver

Ivalo Airport is the northernmost commercial airport in the EU. The conditions in wintertime are extremely challenging, with temperatures down to minus 40 Celsius, lots of snow and around a month without any sun at all. This made Ivalo exactly the right place for Valtra to experiment with automated ploughing.

Finnish snow-how is a recognised concept at airports around the world. Heavy snow hardly affects flights at all at Helsinki Airport, for example. In other countries, where snow is less common and consequently less well prepared for, it can cause flight cancellations and delays lasting for days.

Valtra was well prepared, as Valtra tractors are widely used for ploughing runways and other airport areas. Valtra Guide automated steering, ISOBUS implement control and SmartTouch features such as U-Pilot provided an excellent starting point for the experiment. The previous year, Valtra had already tried automated snowploughing along a stretch of road at speeds up to 73 km/h together with Nokian Tyres.

Valtra Guide automated steering is a big help when ploughing runways, also with a driver. The system identifies the edges and centre of the runway, even if it is completely covered in snow. GPS-based section control can further make sure that just the correct amount of de-icing chemicals are applied, which reduces impact on the environment as well as on running costs.

Petri Hannukainen, who oversees Valtra’s research projects, points out that this was just an initial research project and not a ready product. Nevertheless, the pilot proved that automated ploughing is possible and deserves further research together with Finavia.

“Airport maintenance can benefit from the same technology that was originally developed for agriculture. For example, Section Control and Variable Rate Control can be a big help when spreading expensive deicing agents. Trucks do not offer these features, or automated steering either,” Hannukainen says.

Tractors are less expensive and more versatile for airport maintenance than specialised machinery. The two Valtra T254 Versu tractors used in Ivalo were fitted with Arctic Machine snowploughs at the front and a Vammas sweeper blower at the rear, the hydraulics, electricity and brakes for which were easily available from the tractor. The tractors were also fitted with Nokian Hakkapeliitta TRI tyres, the world’s first tractor tyres designed especially for winter use. The tractors were prepared at Valtra’s Unlimited Studio. It is also possible to fill up the tractors with renewable fuel automatically by robot.

Automated steering, headland management systems, section control and variable rate control are all examples of agricultural technology that can also be utilised in non-agricultural tasks.

The range of ways in which tractors can be used has expanded in recent decades from fields to forests, streets and municipal tasks. More recently, the use of tractors seems to be spreading also to harbours, mines, defence forces and other applications. Automated steering is easier to use in contained environments rather than in traffic or forests, for example. Automated tractors are ideally suited for areas, such as harbours and airports, where other operations are also automated and remote controlled.

“Tractors are an interesting alternative for airports where a working width of 4.5 metres is sufficient. The overall costs of tractors are significantly less than those of trucks, and tractors are also more versatile as they can be used for many other tasks, such as snow throwing or lawn maintenance in summertime,” says Tero Santamanner, equipment specialist at Finnish airport operator Finavia.

A pilot project took place at Ivalo Airport in March 2019 to see if the runway could be ploughed without drivers using Valtra T254 Versu tractors. The results were very promising. Tractors equipped with automated steering can operate autonomously or by remote control. 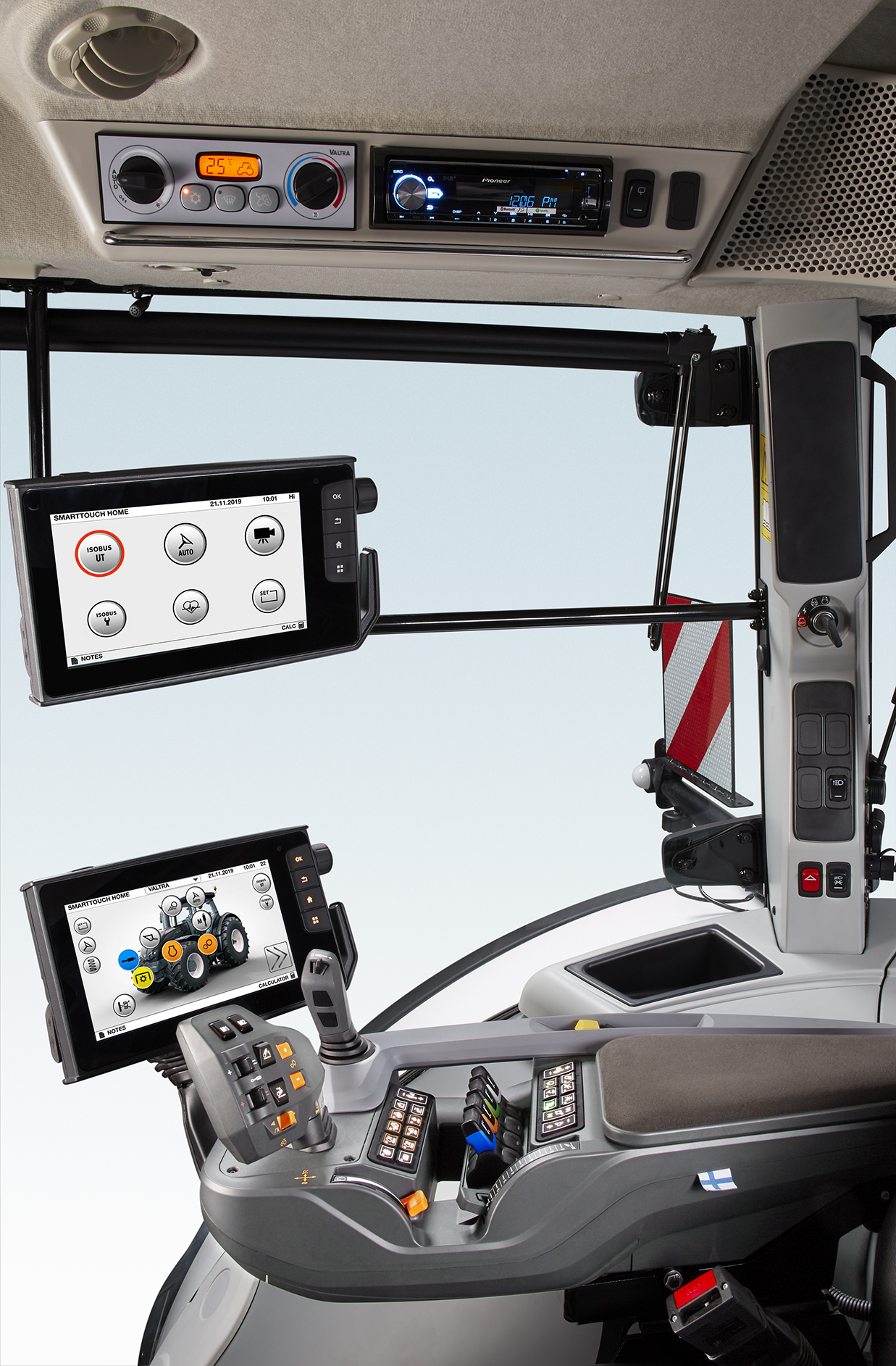