N154 with maritime radar on the roof

Valtra Denmark won a tender in 2019 for delivery of four tractors to the Danish Defence Forces. Three of the tractors will serve its Search and Rescue (SAR) operations in Jutland, Denmark, while the last was shipped to Greenland as part of the Arctic Commando.

Denmark has 8750 kilometres of coastline. Vesterhavet, the North Sea in English, stretches from the border with Germany all the way up to the top of Denmark and is incredibly popular with its beautiful beaches and traditional fishing boats. It is also home to Denmark’s Search and Rescue (SAR) operations under the Danish Defence Forces.

Maritime radar and infrared camera on a N154 Active

On the small island of Fanø, a white Valtra N154 Active with red stripes down the sides and the fuel-saving EcoPower feature is the new SAR vehicle.

The Valtra N154 is a multipurpose machine that can be fitted with a wide range of tools, including a maritime radar, an infrared heatseeking camera and a search spotlight.

“We had a maritime radar installed that can localise ships in the area around the island. Our new Valtra also has an infrared heatseeking camera to locate missing humans, animals or vessels. On top of the tractor, there is a search spotlight that can light up the night,” says Michael Enok. A Senior Sergeant in the Danish Ministry of Defence Acquisition and Logistics Organisation, Enok is overseeing the design of the Valtra tractors.

“The Valtra at Fanø is the most unique tractor we have. The island does not make it possible for any other type of rescue vessel than a tractor, both because of the size of the island and because SAR has a lot of rescues and call outs during the year. We have always had a SAR tractor on Fanø, but our old one could not perform the same tasks as the new one can,” Enok explains.

The island Fanø is located on the southwest coast, called Vadehavet in Danish, which roughly translates to “The Wadden Sea”. It is known for the low water level, which makes it possible for a tractor to navigate in the sea.

“Even though the tractor has high ground clearance, the manufacturer has further ensured that it can rive in water up to one metre deep without taking in water. For example, Valtra provided customised waterproofing to seal everything within one metre. The tractor is therefore both water­proof and can endure the saltwater for a longer period of time,” Senior Sergeant Michael Enok says.

T254 Active drives SAR boats into and out of the water

In the two fishing villages of Thorup Strand and Vorupør, fishing boats are dragged into the sea from the beach and up onto the beach using a tractor. They are the only two places in Denmark where the beach serves as the harbour, and at both locations the Danish Defence Forces operate an SAR service using their own tractor to drive the SAR boat into and out of the water. This is an extremely heavy task, so two strong Valtra tractors were needed. They received two T254 Actives.

The Valtra T254 Active is waterproof up to one metre and can manage waves up to 1.4 metres.

“We chose this model because of the combination of weight and horsepower. Our minimum requirement is 250 horsepower, and a tractor like the Valtra T254A with all its modern technology was perfect for the heavy tasks at hand and still be stable in the loose sand, which is extremely difficult to navigate with other vehicles,” Enok says.

Both Valtra T254s are waterproof up to one metre and can manage waves up to 1.4 metres.

“Besides being waterproofed, the tractors are mounted with search lights, which we use when operating at night. In addition, the tractors are fitted with a massive backplate to protect the tractor against strong waves from the rear. The mounting of the backplate required a great deal of planning and precision from the manufacturer.”

Valtra chosen because of price and quality

Senior Sergeant Michael Enok points out that the Danish Defence Forces did not seek out a particular brand when choosing the supplier of the four new tractors. Instead, they looked at the price and quality of the product.

“We requested offers from different suppliers. When we chose Valtra, it was because it matched our price range and had the quality we were looking for. Moreover, AGCO Denmark A/S had some very good considerations in their offer,” Enok says.

Valtra works well in the climate of Greenland

The climate in Greenland is much like in Finland, where Valtra originates from. Because of this, Valtra tractors have an advantage in the harsh weather up north. In Mestersvig, Greenland, the Danish Defence Forces operate a station called the Arctic Commando that received a brand-new red Valtra N154 Eco­Power Advance in August 2019.

“The Valtra will work as a multipurpose machine, because we needed a combination of many machines to dig, lift and pull things in Mestersvig. A tractor can do all this, making it the perfect choice when we were looking for a new machine,” Senior Sergeant Michael Enok says.

Even though most of the year Greenland is covered in snow, the Valtra N154 Active will not clear snow.

“We need the tractor to pull a wagon most of the time, so the Valtra is fitted with winter tyres and it has a winter package with an extra cab heater and electrically heated windows,” Enok says.

Because Mestersvig is so remote, the technical team from the station has been trained in Denmark so they are able to repair the tractor on site should anything happen. 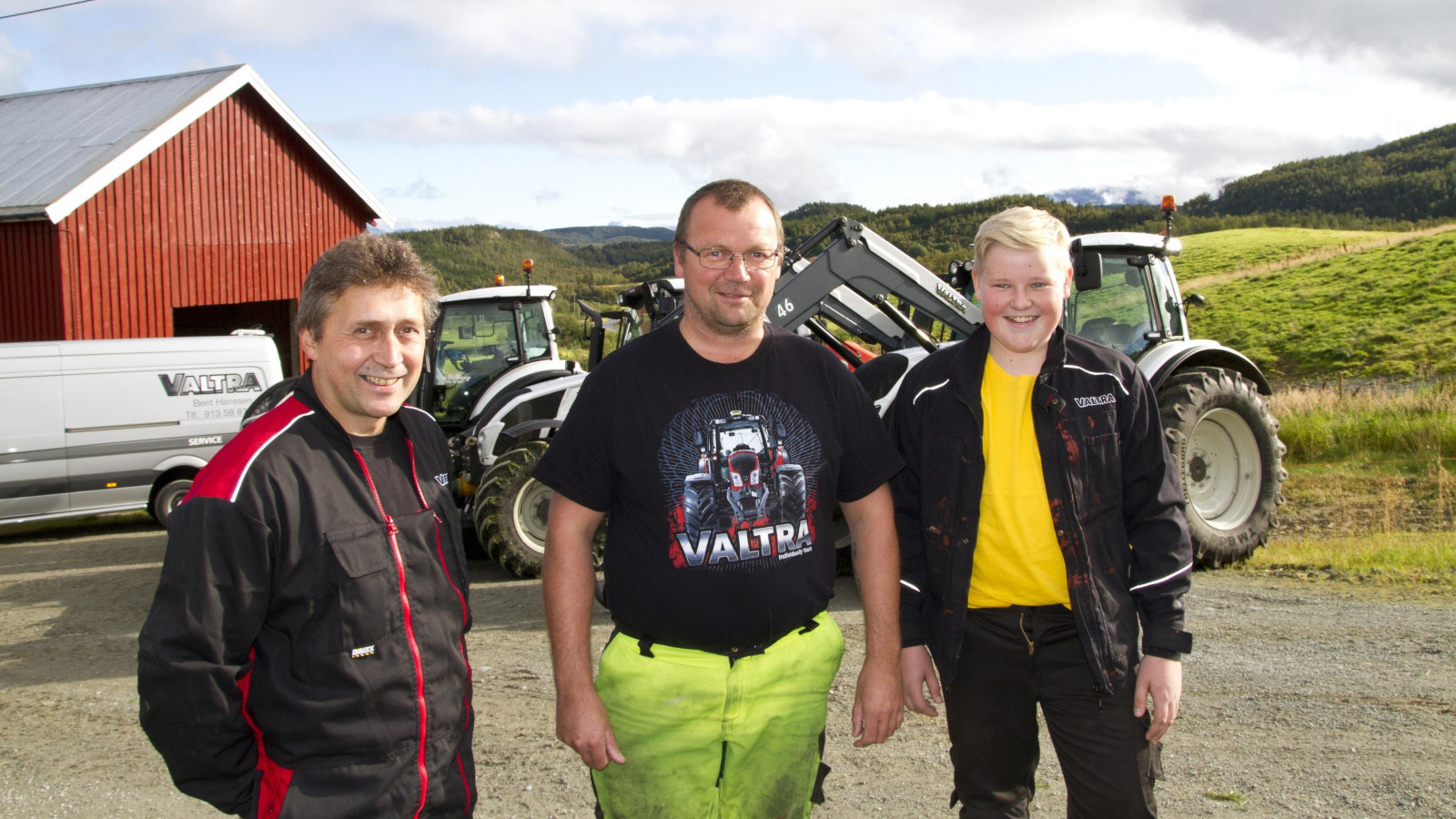 On the road for Valtra 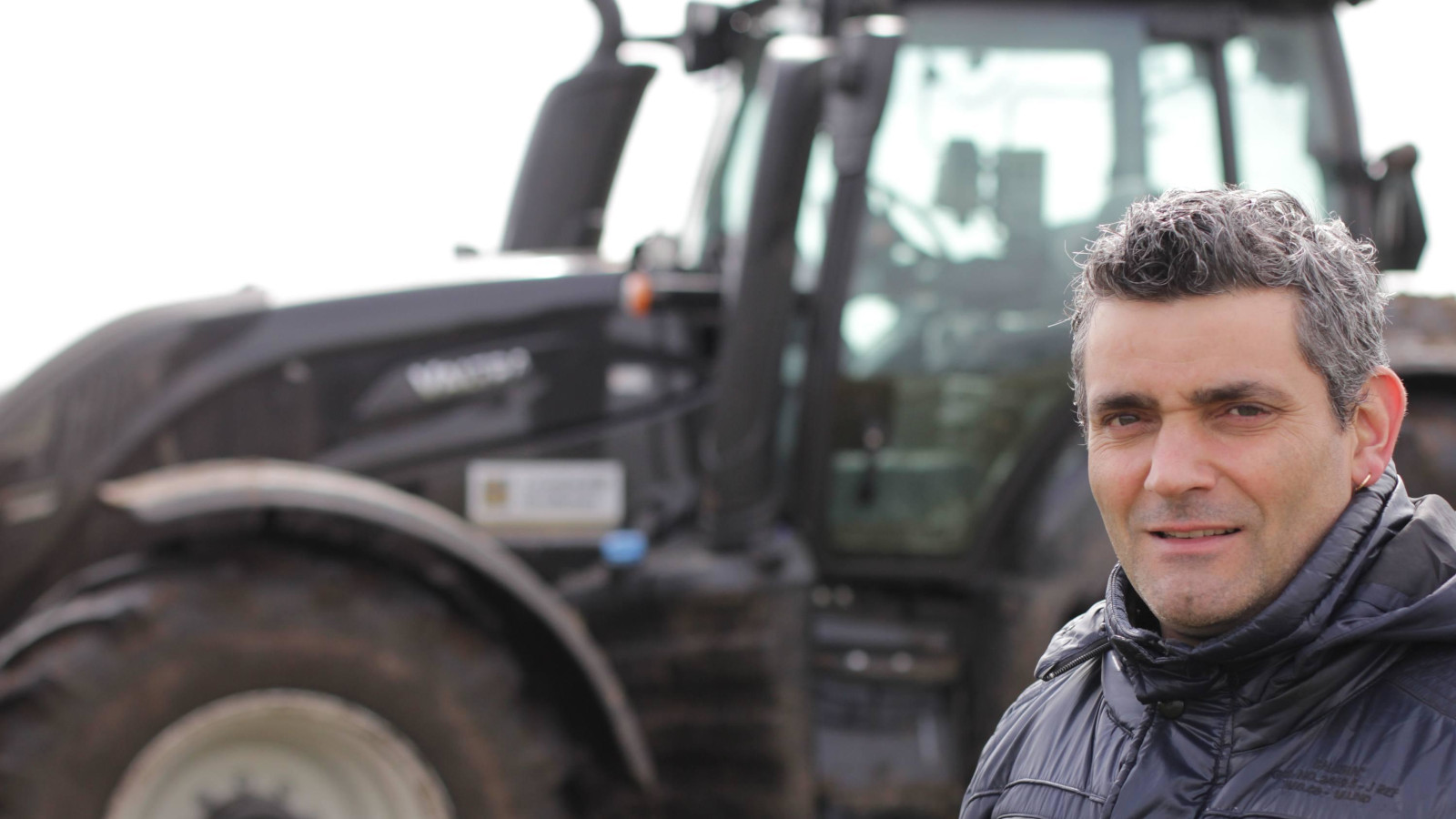 “They'll drive away in the Valtra!”